I Need Change Agents To Actually Change Anything

Something is going on this year. I can feel it. While I can't put my finger on it, something changed once 2019 arrived. Do you feel it? I hope you feel it, because there's some good energy in the air. Not everyone is going to catch it though. Will you?

The Martin Luther King Jr Day week got me thinking about change and working towards a better future. I care about the knowledge and the work that I can do to make the world a little better place.

So how does one change? Like REALLY change? One thing I like to do it is implement a 'change agent'. I alluded to this concept with my New Year's post. But remember that a change agent doesn't have to be a holiday, it can be anything that works you. Any place, image, person, song, event, creedo, et cetera that symbolizes your concept of progress can help you get to that next level. Have that dream!

So my personal change agent was to finally appreciate a set of nearly four hundred abstract drawings coupled with moving out of my painting studio last year. Those two things together have come to symbolize an artistic shift in my head. Every time I see those drawings, I immediately think about how I've grown out of my art studio, and I get to creating some new ideas. And I've put those drawings on my nightstand so I think about them when I wake up and go to bed. Over time, they've started to become second nature; the change is setting in.

That artistic change has manifested itself in the print project known as The Trap Vector. The prints I've been creating from that project are available now. Your support and feedback is appreciated, so click that link and check it out.

Splitting My Focus Into Three Projects for 2019

I have three projects that I plan on getting worked on this year. I know that sounds like crazy talk, but I'm trying something out, here.

The common idea is that you should focus everything you are doing into laser-light precision and get that one thing done. I get it, and I believe that to be true in a general sense. In fact, The ONE Thing (by Jay Papasan and Gary Keller) is a great book that really got me to a good place with my productivity.

I know that I waste a lot of time, but when I'm most productive, I've found that I have a few things that I can roll onto. Basically, when one task is completing, I can roll onto another one without losing momentum. If I have to keep doing the same thing, I can sometimes burn myself out. I'll have to work on embracing the monotony, but that's how it happens right now.

Also, when I pour a lot of energy into something, it seems like people back away from the energy instead of responding positively to it. I don't know what that's about, but I've often been told to "calm down" on social media and in life. I've been told that I'm "too much". So pffft...I have to spread things out a bit or create new outlets.

The Trap Vector is my fine art print project. It's my lead-off effort for the year. It's a follow-up of sorts to a lot of the personal thoughts and feelings I was having for the past seven years. The genesis probably started well before that, but that's what it's about right now.

This outlet gets out my artsy fartsy concepts.

Transcendent Press is my writing project. If I could, I would probably just write for about a month, and then come out with some stone tablets full of god-like text. Then I'd realize it needs editing and I'd go away for another month. This doesn't fit in my plans right now, so writing is going to have to take the long and laborious route.

This outlet gets out my most heady creative ideas, and is currently my biggest long-range goal. I have a book planned for sometime this year, and I've gotten to work on it.

Oh boy. A lot of people have been wondering what happened to the 8BitCubist from a while ago, and simply put, the band broke up. I mean, we didn't break up, but we went our separate ways, and the venture was never meant to be a solo one. So over time, I needed to put the brakes on it to figure out what the next iteration was going to be about. I am not going to be putting this in full force for the near term, but it's coming.

I think a podcast and apparel will do good to start with.

I'll do some other posts outlining what's coming I'm learning in 2019 in greater detail.
Let me know what you think of the plan so far.

I Have Been A Communications Fuck-Up For Decades

They say the first step in fixing a problem is to admit that you have one. Well, I'm saying it now: I don't think I've ever properly communicated very well for my entire life. I can trace bad communication back to my childhood. We were out at a mall, and I honestly wanted to show her a cheap plastic balloon set, so I tried walking outside with it. The hope that she would bring me back inside to pay for it. That didn't work out so well. I was legitimately confused when she and the store manager had a long discussion about what I was really trying to do that day. I was trying to communicate to my mother in a way I thought she'd understand. I expected her to say something like: "Oh look, young Benjamin walked all this way from the toy store to show me something!" Sadly, I didn't get the plastic balloons. 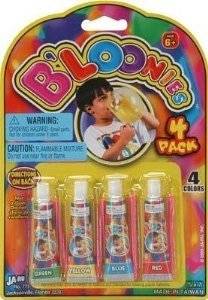 I generally have no idea to communicate properly, but in 2019, It's my resolution. As far as you're concerned, you will see me doing better communication with this blog. I've kept up a reasonable blogging schedule, so I think I can keep doing this without driving myself mad.

Alright. I've already got the idea for the next blog post, so I think we're getting somewhere.
Posted by Mr Benja at January 15, 2019 No comments:

I Can't Deal With People, Not Even When Good Food Is On The Line

One of the hardest things for me to do is to have a straight-up deal. People always want to add bullshit, adjust parameters, play dumb, try to game, avoid compromise, assume favorable positions, and just behave in disingenuous manners. I think people don't believe what I actually say for some reason.

For example, I was going to meet up to eat at a cool restaurant with someone that I hadn't seen in a while. (We were both into checking out cool food places.) We were going to work out some things and catch up. The deal was that we would both split the bill for the dinner. Later on, though, they said that the meeting would be a part of their birthday week. I didn't think think much of it.

A few days later I hopped into heavy LA traffic to make my way to the meetup. I got a call and then a text while I was driving, so I pulled over and returned the call. Turns out the person was just checking on my ETA. Cool. But somewhere in the quick banter, the birthday week was mentioned again. I had to call the person on that little bit of verbal subterfuge. Well then they confessed that they expected me to pay for dinner. I hung up, got back in the car, and turned around. That relationship is basically over now.

So yeah, I've been told that I'm hard to deal with. I've also been told that I'm quite particular. Whatever. If getting things in order is a problem when you're dealing with people's money, time, energy, etc. then life around me will be a problem. Going forward, I'm going to be much MORE of a hardass in dealing with clown behavior. But I'm in a happier place, so I'll be less of a grump about it. The blows will come faster, but will feel softer.