After the passing of Kobe Bryant I was inspired to create. It just happened that way. He is one of those figures that exemplified the push that I have been engaged with lately, so I felt I had to do what pop art does, speak on popular culture.

I always think deeply about those that have inspired me, and in the spirit of pop art, I created two pieces after Kobe's death. The first of these prints is called "24/8". 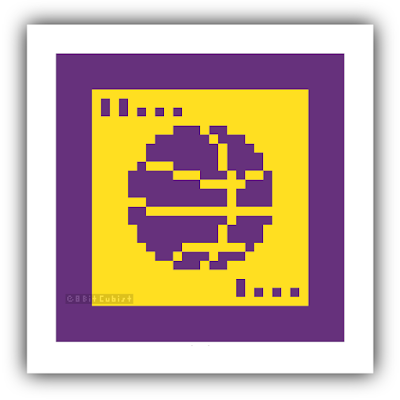 As usual, I went with what felt natural to me. But since it's the first tribute piece I've ever done, I felt weird about not going the usual tribute route. In fact, while typing this, I realized that I needed to delete all of my art-speak and just let you know what was on my mind as I constructed this image:

I will post about the second one a little later on. It's a bit more involved.

CLICK HERE FOR THE "24/8" PRINT ON THE 8BITCUBIST SITE