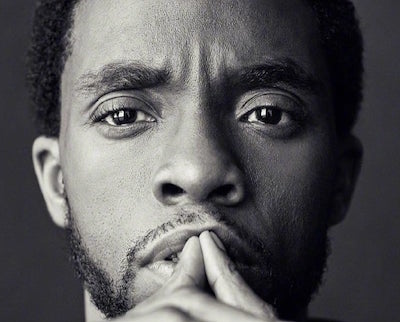 Just as I was saying that we need heroics, I hear that actor Chadwick Boseman passed away earlier today after fighting with colon cancer. Like many, I know him most from Black Panther, but he played many classic roles such as Thurgood Marshall, James Brown, and Jackie Robinson. What impressed me about him is his ability to connect with such a wide range of people even without compromising his morals. RIP, King. --- The following information comes from Variety :

"Boseman was born the youngest of three boys and raised in Anderson, South Carolina, by his mother, who worked as a nurse, and father, who worked in a textile factory. When he was a junior in high school, Boseman wrote and staged a play about the shooting death of a basketball teammate, which turned his life towards the arts. He studied directing at Howard University, where he was mentored by Phylicia Rashad.
After moving to New York, Boseman was a part of the local theater scene, and began landing guest roles on shows like “Law & Order,” “CSI: NY” and “ER,” as well as a series regular part on the NBC mystery “Persons Unknown.” Boseman’s first big break, however, came when he was cast in “42” to play Jackie Robinson, the first Black man to play in Major League Baseball.
Poignantly, Boseman’s death is on the same day as Jackie Robinson Day, MLB’s annual celebration of the pioneering player."