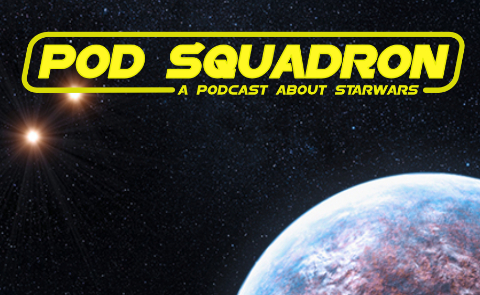 A long time ago in a galaxy far, far away (aka Florida) I ended up really getting into the Star Wars Franchise. If you ever talked to me, I'd probably have much more to say about video games or comics, but Star Wars was my science fiction / fantasy outlet.
I never mentioned it much, but I ended up starting a group on Facebook to talk about the franchise, and it got really good. A lot of my friends ended up joining and discussing all things Star Wars. Fast forward some time, and people that knew me from my group suggested that I help jumpstart a podcast.
That's how I met up with the guys at Pangeekery.
So now I host the podcast with Chinese Pirate, Hot Nerd Girl, and Kaleidoscope Creature, and it's created in conjunction with the Pangeekery Network.
You can find Pod Squadron on all the major channels including YouTube, Spotify, Apple Podcasts, and wherever you get your Internet fix.
We're currently going following along with The Mandalorian. If you have something to say about that, let me know!
- Mr Benja -
Posted by Mr Benja at December 06, 2020 No comments: 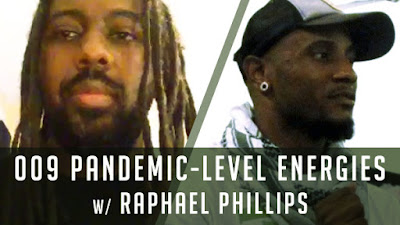 If you don't know, Raphael is one of the more interesting friends I roll with. We speak about a number of things, including social media, leaving Facebook, sales/marketing, art development, design, and therapy. It gets wild.
NOTE: Please excuse the audio. We had to get the recording done, but the information in the podcast is well worth it.
Download this episode here.
- Mr Benja -
Posted by Mr Benja at December 01, 2020 No comments: